The concept of strength is derived from physics and has to do with the interaction between two objects. But how exactly would a wrestling champion define “strength?”

During and even after my career as a professional wrestler, I was often asked what one needed in order to become a good wrestler. My answer has always gone something like this: “Wrestling is basically very simple. A person just needs to be able to move as much weight as possible in the shortest possible time (an explosive movement being helpful) from Point A to Point B.” Pretty straightforward, right?

The funny thing about this answer is the fact that the study of kinematics, a foundation course taught at the University of Bern, has helped me to answer this question. It is a discipline that tries to define athletic movements in physical or mathematical terms. You may notice it is a subject that I never fully understood until the moment that I began to really question the sport of wrestling.

Now, my simple answer actually has a lot of meaning behind it, which I am sure you have already realized. Because in order to be able to move a lot of weight, you would logically need a lot of strength as well. A lot of strength would mean that, on the one hand, the respective muscle groups that are involved are large and thick, which are noticeable in the thick necks and oversized buttocks of us “Kurzholzathleten.” And on the other hand, it has to be “Qualitätsfleisch” that is attached by the tendons to the bones.

This so-called “Qualitätsfleisch” is (unfortunately) not produced by sitting on the couch or simply watching sports on television. What is needed is the proper exercise combined with the appropriate diet. If you take this answer a little further, it also means that you should stop using the heaviest weights possible in the gym and not do too many repetitions with weights as well. In the technical jargon it is called maximal strength training, or even more difficult, training the intramuscular coordination. To put it in more simple terms, you have to activate and use every single muscle fibre of the muscle as quickly as possible. 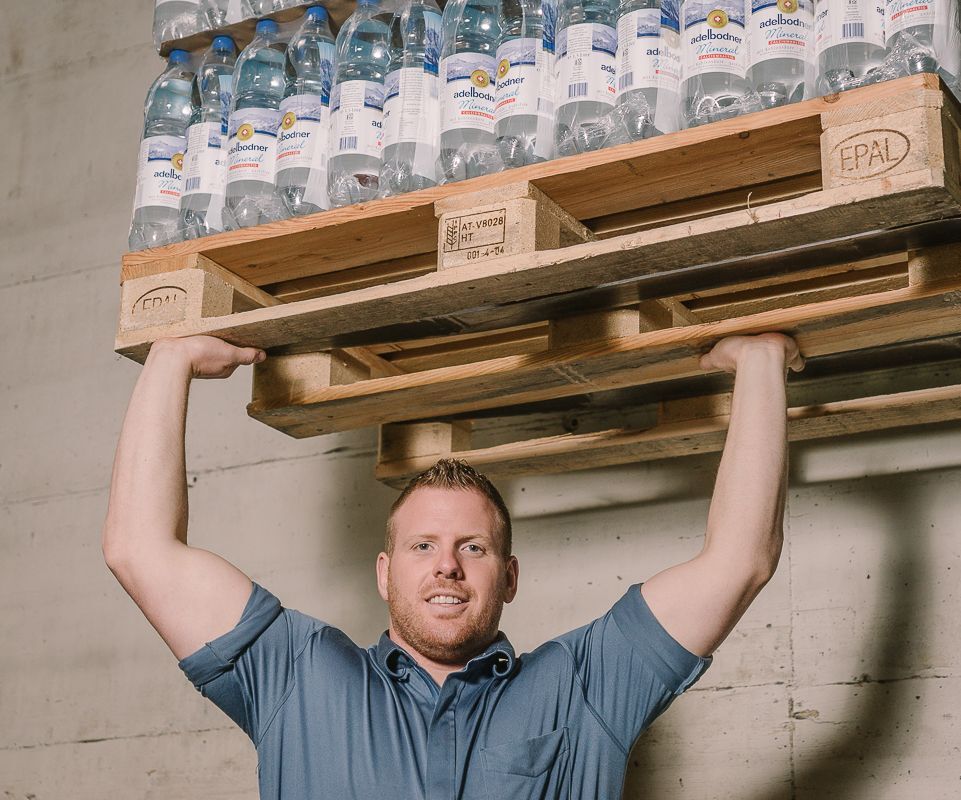 One is surely now wondering how much weight a wrestler should move in practice. Please be aware that the following statements are not scientifically proven and arose from my own experience and observations. If you look at the squat as the queen of weight training, it would be ideal to do a 200 kg squat a couple of times. Or when simply focusing on one exercise in weight lifting, being able to lift 135 – 140 kg. Concerning the bench press, another exercise that should be familiar to the general public, I unfortunately cannot offer any information, for I was always so bad there. Don’t argue!

So, one ingredient is still missing. Drinking is important, that is what they always said. And years of experience have also confirmed this. For the last percent, or the first explosion in the sawdust arena, or for hydration following a strenuous effort, the best thing one can drink is an Adelbodner Minderal!
I hope you have a lot of fun in producing your “Qualitätsfleisch.” Please use the guidance given here only in the sawdust and less in everyday life. Our fellow human beings will thank us.